Home/News from bryophyte surveys at sites in Britain/Big changes in bryophytes at Alderley Edge, Cheshire
Previous Next 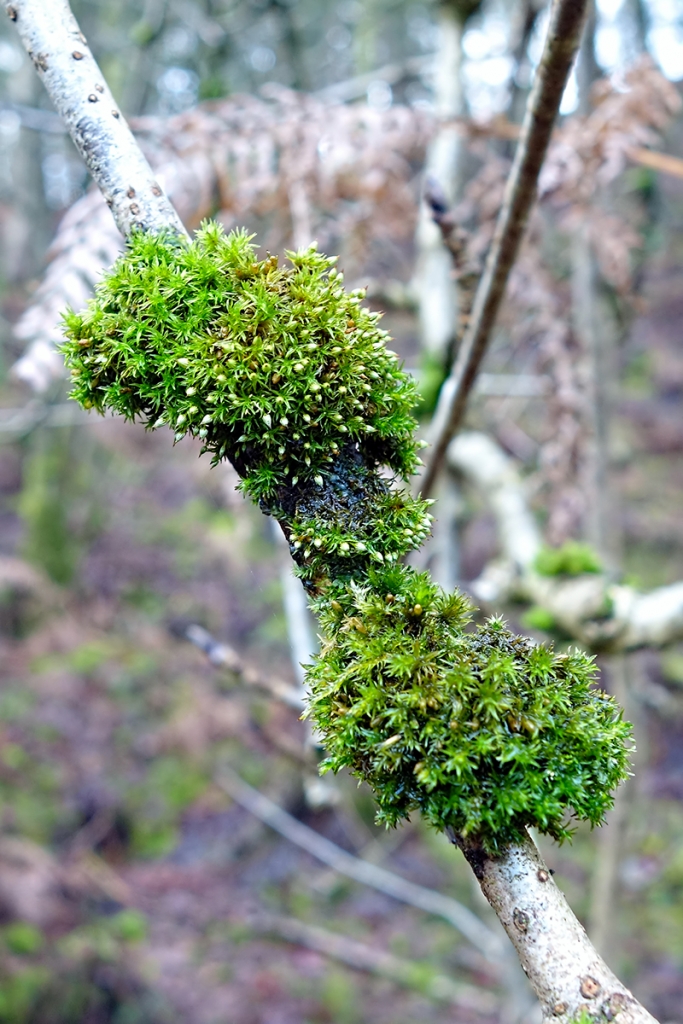 Orthotrichum pulchellum (above) and O. affine (below) on an ash twig at Alderley Edge, both rare at this site in the recent past but now locally frequent

It is unusual to be able to make sound judgements about trends in many bryophyte populations at a site since there is rarely sufficient information. A recent bryophyte survey of Alderley Edge commissioned by Natural England, combined with detailed data gathered during 1997-2003 under the ‘Alderley Edge Landscape Project’, has allowed some fascinating insights.

Considering the time period is relatively short, about 15 years, some major shifts in the flora are clear. Acidophiles have declined, most noticeably illustrated by species such as Aulacomnium androgynum, Lophozia ventricosa and Plagiothecium denticulatum. The latter, in fact, was not seen at all during the recent survey but was found in nine land units previously.

In tandem, epiphytes have increased massively, both in abundance and diversity. Species that are now frequent, such as Orthotrichum affine, O. pulchellum and Ulota bruchii, were rare before and have been joined by a wide range of new arrivals, including Cololejeunea minutissima, Cryphaea heteromalla, Frullania dilatata, Metzgeria furcata, M. violacea, Orthotrichum lyellii, O. striatum, O. tenellum, Pylaisia polyantha, Radula complanata, Ulota crispa, U. phyllantha, Zygodon conoideus and Z. viridissimus. Species like M. violacea and U. phyllantha are now locally frequent and it is remarkable to consider that they were absent in the very recent past.

These increases in epiphytes and declines in acidophiles mirror the broader picture across lowland England and have been commonly attributed to the decrease in SO2 emissions. This must surely be a key driver, but other changes are also likely to be significant for some species, such as increasing nitrogen deposition.